What is an amplitude?

Amplitude is a physics term that refers to the size of a vibration or wave phenomenon, such as an electric wave or a sound wave. In this context, amplitude is often defined as the maximum excursion or intensity of the wave.

Amplitude is a key factor that can determine the intensity or volume of a sound or signal. It is also an important factor that determines and outputs in measurable values ​​the effects of vibration or waves on the environment.

The Music production amplitude refers to the loudness of a played audio signal. It is often referred to as dBFS (decibels relative to full scale) and indicates how loud or quiet the audio signal is compared to its maximum amplitude (level).

In music production, amplitude can be manipulated in a variety of ways to achieve the desired volume or loudness. One way is to use equalizers or dynamics compressors (compressor) to boost, reduce or change specific frequencies or ranges of the audio signal. Another option is to use faders or gain controls to directly affect the amplitude of the audio signal. 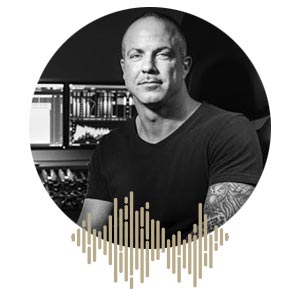